Earth recorded its shortest day on record recently. And that could affect our clocks

Some days fly by faster than others, and it’s not a figment of your imagination.
According to the people who watch the world’s clocks for a living, June 29 this year was one of those days.
Earth completed one spin in 1.59 milliseconds less than 24 hours, making it the shortest day since the dawn of atomic clocks.
On July 26, Earth shaved 1.50 milliseconds off 24 hours.
If the trend gathers pace, timekeepers may need to create the first ever negative leap second to keep our clocks synchronised with the planet’s rotation.
So why is Earth spinning faster? And what impact will it have on the way we — and our computers — tell time?
First, let’s get up to speed with time.

The time you, and your computer, live by is governed by Coordinated Universal Time, or UTC, set to your time zone.
UTC is mainly based on atomic time set by a network of 400 ultra-precise clocks around the world, including in Australia, that use the number of oscillations of a caesium atom.
It is also linked to astronomical time — how long it takes Earth to complete one rotation.
But Earth is not a very reliable timekeeper, says Fred Watson, Australia’s astronomer-at-large.
That means the length of the astronomical day varies by a tiny amount that goes unnoticed unless you are an atomic clock.
“When you start looking at the real nitty gritty, you realise that Earth is not just a solid ball that is spinning,” Professor Watson says.
“It’s got liquid on the inside, it’s got liquid on the outside, and it’s got an atmosphere and all of these things slosh around a bit.”
Over time, Earth has been slowing down by about 3 milliseconds per day, per century, thanks to the tug of the Moon.
“If you don’t do anything about it, you are going to gradually get the seasons out of step with the calendar,” Professor Watson says.
“That’s why the leap seconds are introduced to keep the atomic clocks and the astronomical clocks together.”
Around 27 leap seconds have been introduced since the advent of atomic clocks, the last one in 2016.
But in 2020, the trend reversed as Earth clocked up 28 days that came in under 24 hours.

What could make Earth spin faster?

Just why Earth has suddenly started to spin slightly faster is a mystery, says Matt King of the University of Tasmania.
“It’s certainly odd,” says Professor King, who uses satellite-mounted atomic clocks to map changes in Earth’s shape, rotation and gravity.
“Clearly something has changed, and changed in a way we haven’t seen since the beginning of precise radio astronomy in the 1970s.”
Earth’s spin is tracked using radio telescopes that measure how long it takes our planet to move in front of stars.
Rotation rate can be affected by movements below the surface, but these changes happen slowly over the milliseconds-per-century type of scale. 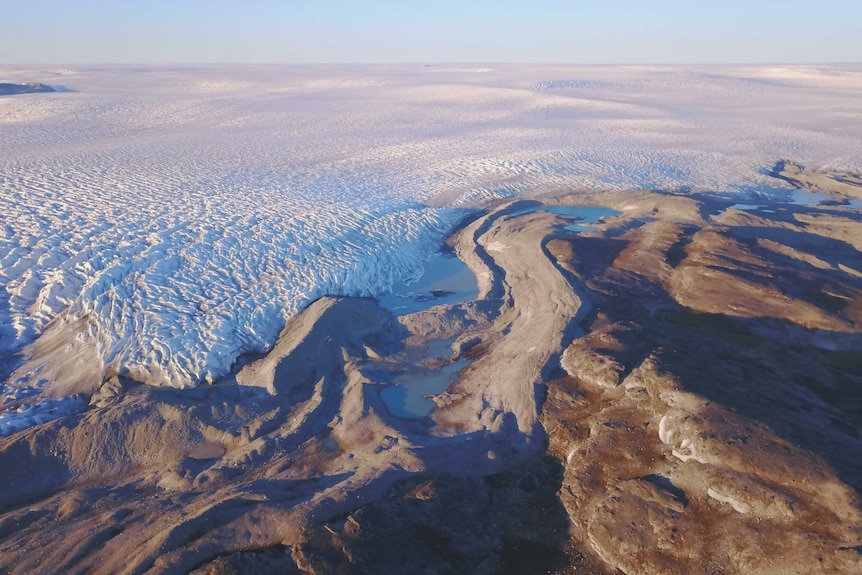 Surface variations, such as melting ice on Greenland and Antarctica, or changes in ocean circulation, can affect Earth over a much shorter time frame.
“Given that Greenland melting is being driven by human-induced climate change, humanity is fundamentally changing the way in which Earth spins.
“That’s not to say that that’s happening in this case, but it’s certainly happening.”

What about the Chandler wobble?

A similar phenomenon that some scientists have suggested could come into play is the “Chandler wobble” — the periodic movement of the position of Earth’s axis at the poles by around 9 metres over about 430 days.

Scientists believe the wobble is influenced by fluctuations of pressure on the seabed caused by changes in ocean circulation.

As well as speeding up its spin, Earth’s axis has been doing some strange things over the past couple of years, Professor King says.
As the spin increased, the wobble reached an historic minimum.
Professor King is not sure whether the wobble is playing a role in accelerating the planet’s spin.
“Given that changes in both of those things can be linked to mass moving around on the surface of the Earth, it’s probably not a bad guess that those things are linked in some way,” he says.
“I don’t know if we are very much further along the lines of understanding what’s going on, but I dare say there’s probably something going on in the climate system or in the oceans.”

What impact will this have on us and our computers?

If the current rate of drift continues, we may need to delete a second in a few years.

“We’ve never had one of these deletion events before,” says Michael Wouters, who is in charge of standards, and time and frequency at the National Measurement Institute.

With the way the Earth wobbles all over the shop, it is hard to predict when this may happen.

“Leap seconds are only now announced six months in advance, because trying to predict even further than that is very difficult,” Dr Wouters says.

“But [deletion of a leap second] probably won’t happen for another 8 to 10 years at the current rate of drift.”

The addition of leap seconds has caused problems with IT in the past, with outages occurring on social media site Reddit in 2012, and cloud-based web company Cloudflare in 2017.

When you add a leap second, in essence you go back in time. This can cause problems with programming because it goes against the logic that time moves forward.

Deleting a second, on the other hand, makes you skip forward in time.

“So you sort of go forward a bit fast, but you don’t do anything that’s against what you expect.”

He said the deletion of a leap second was also unlikely to affect technology that uses global positioning receivers — unless they were very old.

But software engineers at Meta (previously Facebook) say the deletion of a leap second is untested and could have “devastating” effects.

“In any case, every leap second is a major source of pain for people who manage hardware infrastructures,” they wrote in a recent blog.

They argue that no more leap seconds should be added because the current number is enough to get us through the next millennium.

To leap or not to leap, that is the question

The Meta blog is the latest campaign by IT companies against the addition of leap seconds, which were introduced in 1972, before the internet.

Companies such as Meta and Google have developed their own ways of dealing with leap seconds.

Instead of just adding a whole second in one go, they smear the difference out across the 24-hour day.

“The international timing community is concerned that there are now many different ways of counting time during leap seconds that don’t agree with each other,” Dr Wouters says.

But leap seconds are here to stay for a while — albeit maybe not in the same format — according to the latest proposal in front of the world’s timing and measurement community.

“Currently, the time difference between astronomical time and UTC is kept within less than a second,” Dr Wouters says.

“But what they’re recommending is that that difference be allowed to increase such that a leap event will not be required for at least 100 years.”

That means they’ll add tens of seconds at a time.

“That’s not to get rid of them. It’s simply to increase the tolerance between international atomic time and the Earth’s rotation.”